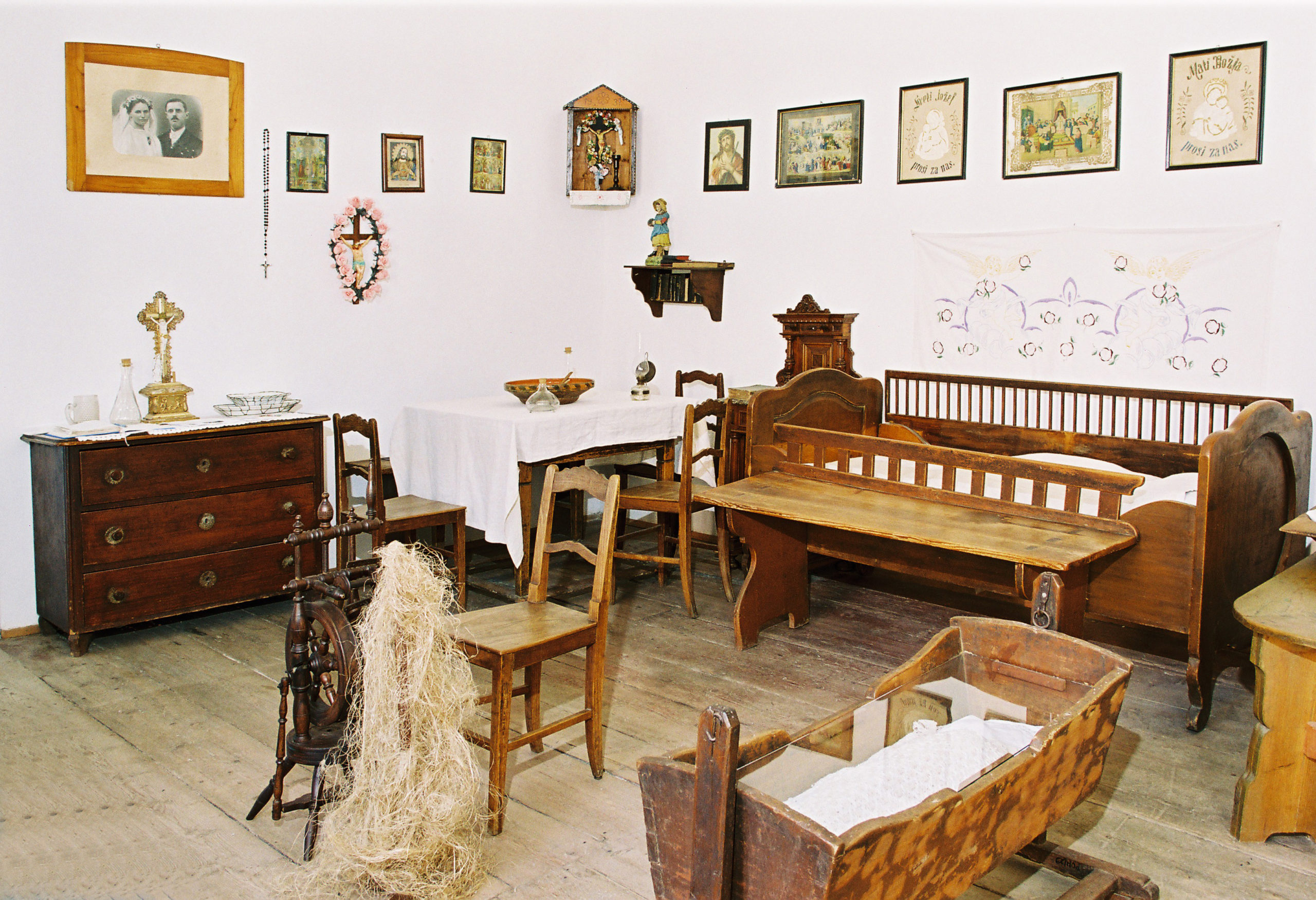 The rich ethnological heritage of the Ormož region is presented through numerous exhibited items thus forming the ethnological collection. However the tradition is still alive and transmitted through various customs and well-preserved folk arts. Particularities of a peasants’ life, of their home and dwelling culture, characteristic of the region of Ormož during the past two centuries (from the second half of the 19th century until nowadays), are presented.
Furthermore, some traditional crafts that are still alive are presented, such as candle-making, weaving and pottery. The winegrowing, being the staple economic branch of the Ormož region, is presented through the photographs of typical winegrowers’ houses – the real pearl of the peasants’ architecture in the past. The collection also contains the traditional female and male costumes and needlework produced by local women. The carnival tradition is shown through well-known masks and figures, such as “rusa” (four-legged animal), a cockerel and a cock.
The ethnological collection displays invaluable items belonging to the life of our grandfathers and grandmothers, and as such considered our legacy to be kept and preserved.