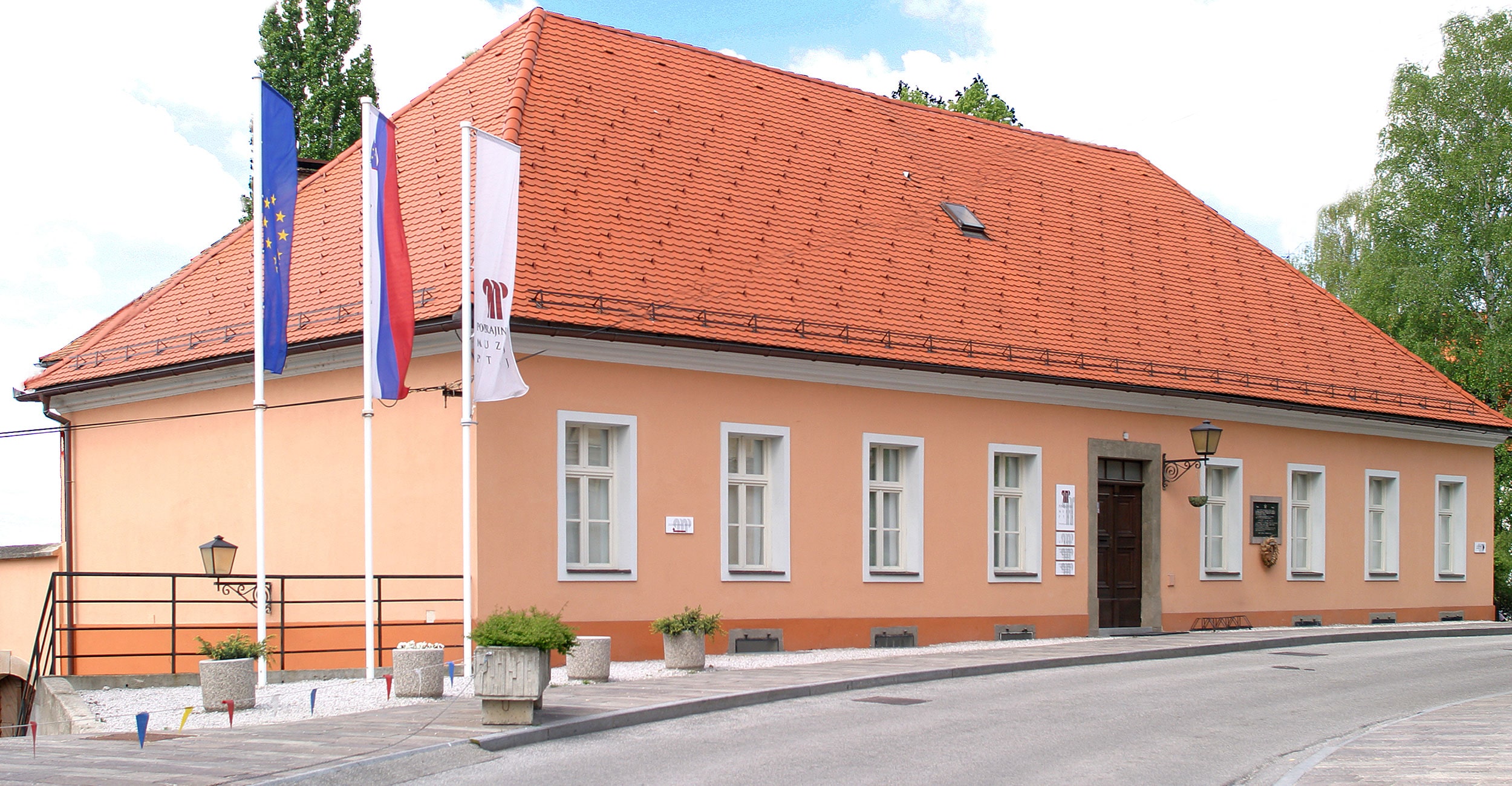 The building at Prešernova 37, already visible on the Franciscan cadastre from 1824, began to be renovated in 1842 for a prison. It served this purpose from 1844 to the 1950s. During the Second World War, the German occupiers first imprisoned conscientious Slovenes and activists of the Liberation Front and their sympathizers. Many of them were taken from there to be shot in Maribor and Celje, and some were taken to German concentration camps, from where they did not return. Jože Lacko, a member of the Liberation Front and a fighter of the Slovenskogoriška četa, died in Ptuj court prisons after inhuman torture on 18 August 1942. These tragic events are reported by an inscription on a plaque built into the front of the house.
From the 1950s to 1968, there were apartments in the building. The building was then handed over to the Ptuj Provincial Museum. Between 2001 and 2007, with the renovation of the interior, the museum acquired the necessary premises for restoration workshops, a library, a photo studio and administration. In the southern wing of the basement, where the prison cells were located, we arranged the premises for the exhibition Ptuj and its surroundings in the 20th century.
Permanent collections

Historical exhibition Ptuj and its surroundings in the 20th century

From April 15 to December 1